Comparison of Hydro-Tops and Liposomes 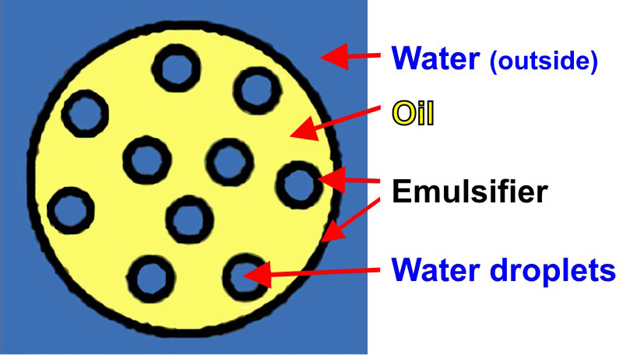 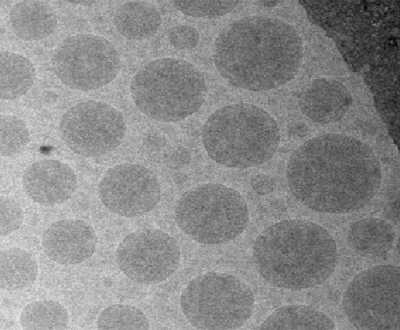 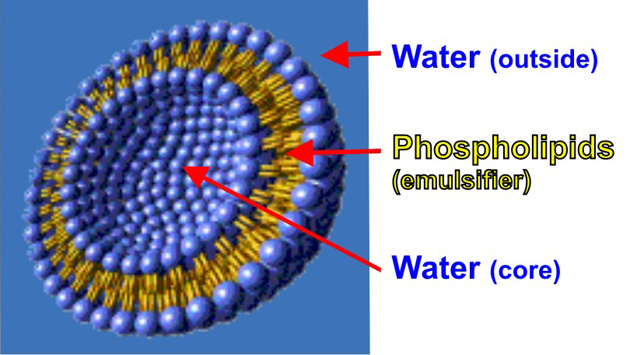 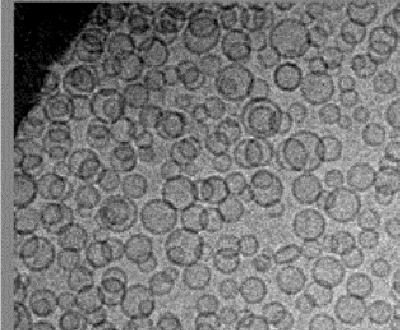 Hydro-Tops are penetrating faster and deeper into the skin in contrast to liposomes.

The stability of many active ingredients is significantly increased by the encapsulation into Hydro-Tops.

In contrast to liposomes, Hydro Tops are released out of aqueous bacterial nanocellulose (face masks, wound dressings) and therefore the active ingredients are able to can reach the target sides in skin

In contrast to liposomes, Hydro-Tops can also transport encapsulated components into the skin by very lipophilic formulations such as a lamellar cream. 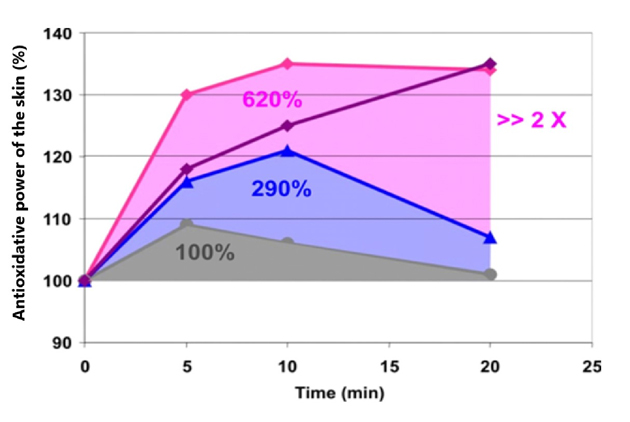 2% each of epigallocatechin gallate (EGCG = extracted active ingredient from green tea) were encapsulated in Hydro Tops or liposomes.

The effect of a solution containing pure EGCG (control) was set to 100%.

By encapsulating EGCG into liposomes, the antioxidative potential was increased to 290% in the viable skin.

The free radical scavening effects of EGCG in the skin could be again boosted more than 2-times by the application of Hydro-Tops GTE (10% lipid).

Even to get nanosized Hydro-Tops the amount of emulsifier can be increased up to 25% due to the viscosity. In contrast to get small liposomes a maximun of 10% lecithin can be used. These differences in the vesicle compositions lead to an increase in the encapsulation efficiency of active ingredients and also in the kinetics of the penetration behavior.

The anti-oxidative effect of Hydro-Tops GTE will last for much longer time compared to the other applications (shown in the figure). Also applying Hydro-Tops with 20% of emulsifier (higher number of vesicles) the maximum of the anti-oxidative capacity is not reached within a period of 20 minutes.

In vivo study / Protein with molecular weight of 70.000 Dalton 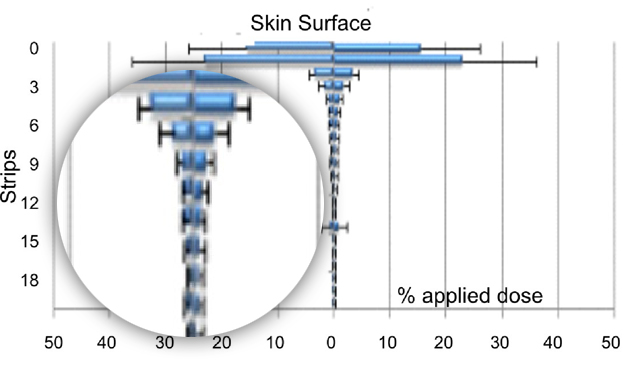 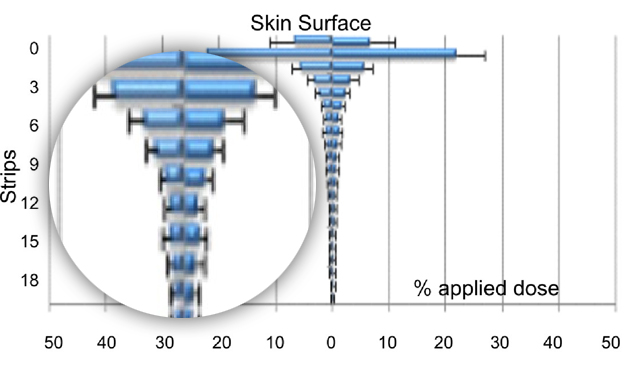 In vivo penetration study of a fluorescently labeled protein by tape stripping after two hours.

At those applied liposomes, significantly larger amounts of active ingredient can be determined in the first two strips, i.e. the uppermost layers of the skin.

Especially in these two detailed sections it is shown that Hydro-Tops are able to transport this large protein significantly deeper into the skin compared to liposomes.

DO YOU HAVE QUESTIONS? PLEASE CONTACT US HERE!
Nach oben scrollen

This site uses cookies. By continuing to browse the site, you are agreeing to our use of cookies.